With more than 300 pounds combined weight, the arrival of the 3 Saint Bernard siblings at a local shelter in Alberta, Canada definitely made a humongous impression.

Everything about Gasket, Goliath, and Gunter is just supersized.  The 3 brothers are so huge that the shelter had to make a unique and special arrangement in order for them to accommodate and house the giants comfortably – one entire dog ward was closed for their exclusive use.

Because they were together, the big puppies couldn’t be any happier.  “A staffer noticed the brothers curled up inside their kennel and they’re one huge pile of fluffy Saint Bernards and thought that it was cute and adorable.  She even wanted to join their huge fluffy pile,” said Shelter Manager of Animal Health and Protection Jamey Blair.

Workers had the feeling that the littermates has this special bond that they’ve done everything together from birth as they are used to eating in one bowl all at the same time.  With this, they piloted a specialized behavioral assessment where they were separated for a short period of time.

“In the assessment, we observed behaviors that indicate stress.  They panted heavily, tried to escape, weren’t eating at all, and tried to look for one another.  But these behaviors stopped the moment we put them back together,” Blair explained. 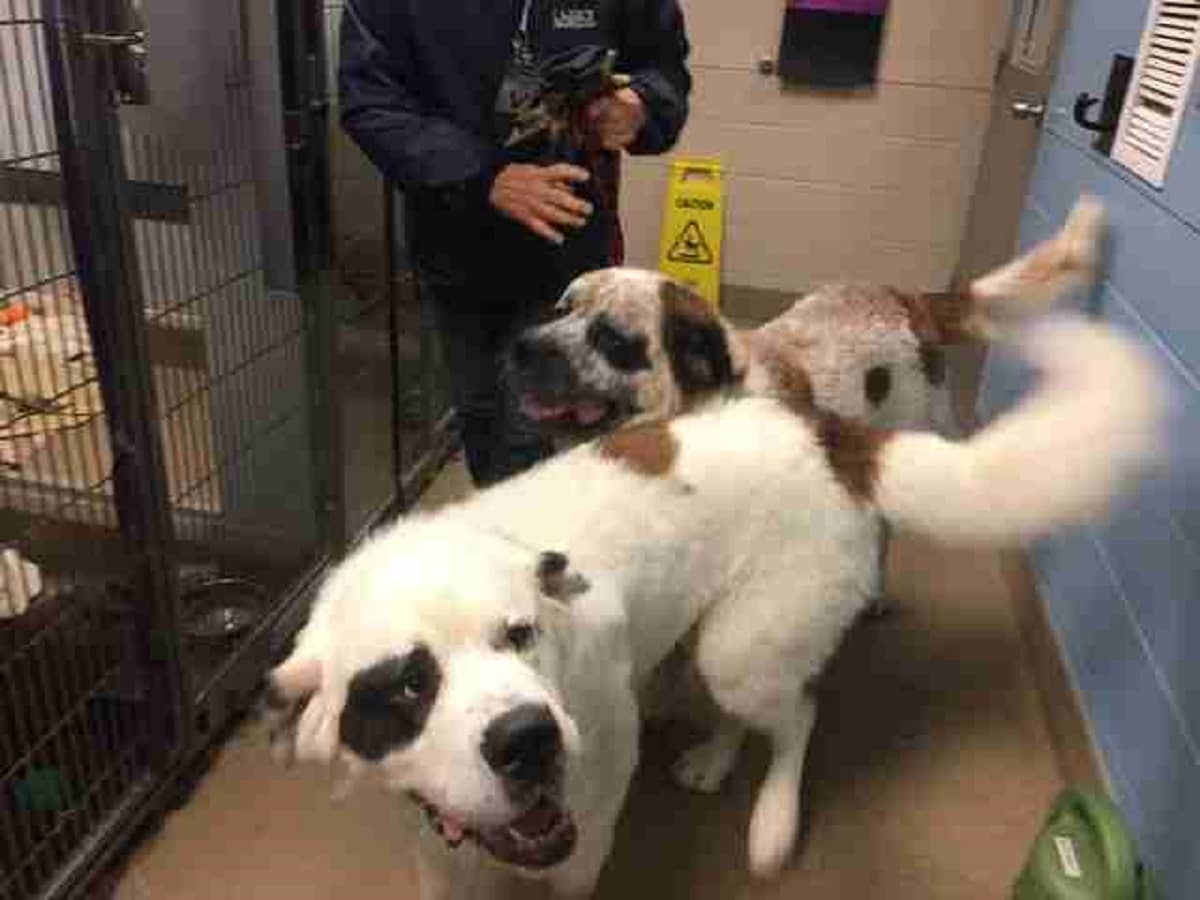 Due to the anxiety while they were separated, Blair knew that Gasket, Goliath, and Gunter will need a special adopter who’s willing to take in 300 pounds of fluffiness. 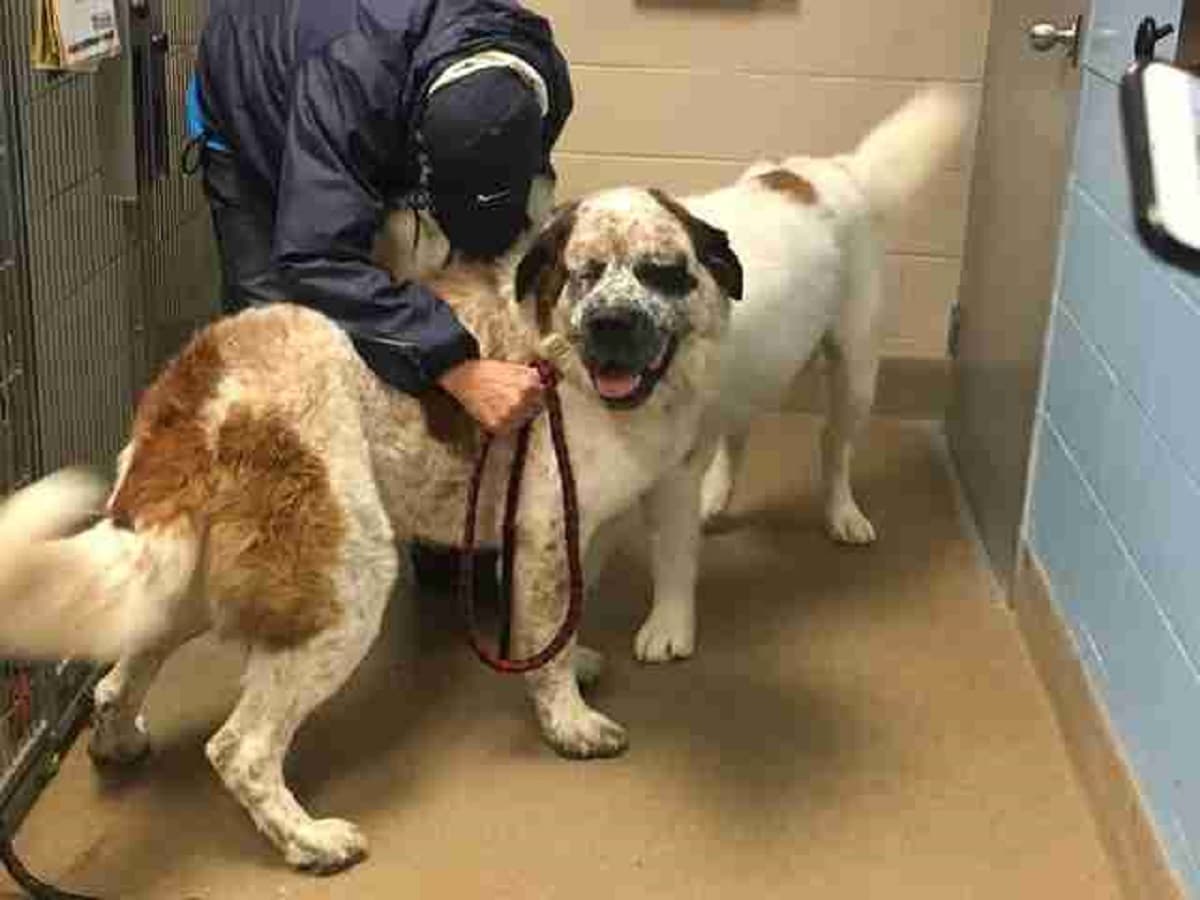 People all over the province, even those outside the Canadian border, expressed interest in adopting the giant and they are carefully sorted to make sure that the brothers find their perfect match.

Blair just has a reminder to all interested adopters, “They should consider the costs that go into caring for these dogs.  You’re looking at over 300 lbs. of dog you need to feed each month, plus their vet care, their life span and the grooming all of them need to have.” 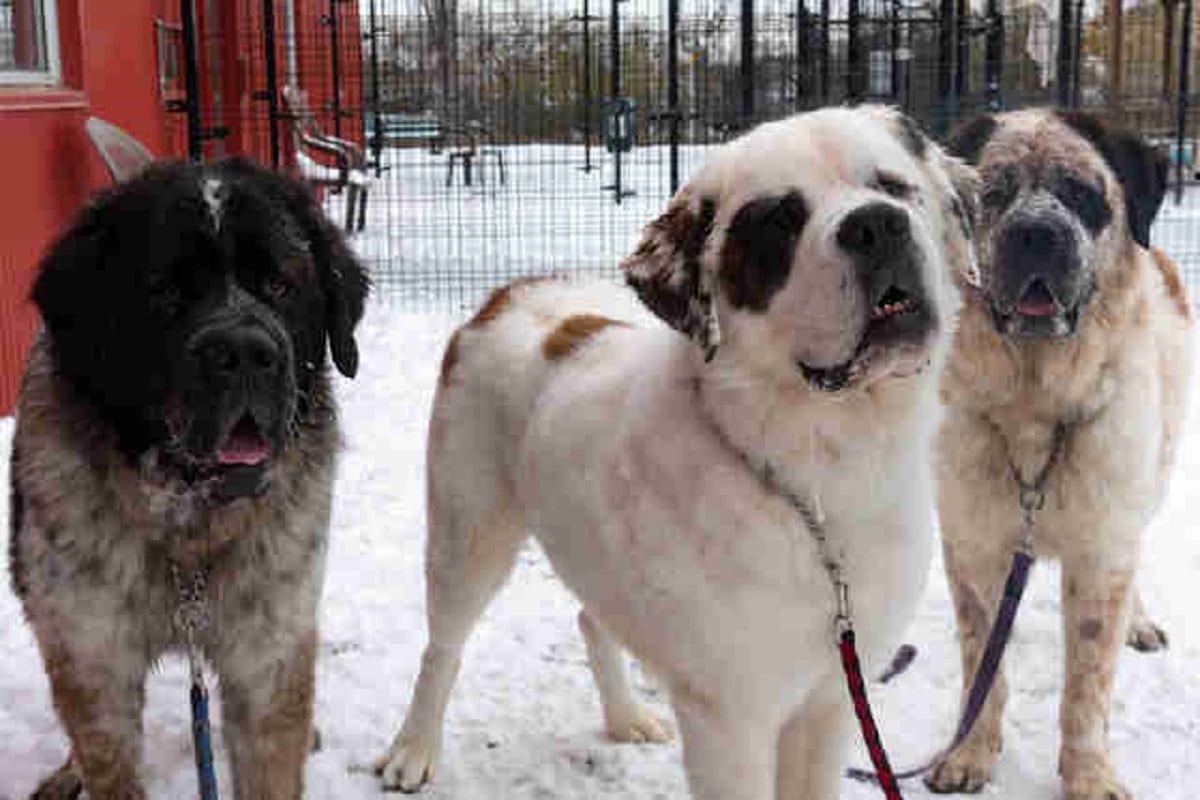 As a dog lover do you have trouble understanding people who love cats? I happen to like both dogs and cats, preferably big dogs,...

Rescuers Risk Their Lives To Rescue Trapped Dogs Amidst A Volcanic...

Is Your Dog Scared Of Any Of These Four Things?